Hello everyone! A new website is being made to replace this one, specifically to address some of the design issues on this site including the most recent which is the contact form. If you’ve been trying to contact me through the contact form, please instead email me directly at [email protected] — I apologize for any inconveniences.

Now I know what you’re thinking… “it’s far too risky to hire live music during the pandemic!” Yes, yes, I understand your worries! However! It’s important to note that locking me in to play your 2021 wedding is 100% risk free. I offer full refunds on down-payments to clients if they need to back out for any reason. I know we now live in a time of complete uncertainty, and I understand that the love-birds of today have to jump through extra hurdles to successfully plan a wedding. So that’s why I wanted to make sure that you can still book me during the pandemic without feeling worried! Let’s make your wedding unforgettable this 2021!

However, due to much uncertainly revolving around the status of Covid-19 throughout the world, and how it impacts international travel, it is unclear if I can offer my services internationally for 2021 at this time. As times goes on, it will become more and more clear as to what the outcome will be for international travel in 2021. Feel free to message me regardless of where you reside.

Thank you so much for your continuous support. I wish that you all stay safe, happy and healthy.

Hello everyone, wanted to give an update on what’s been going on, and what I have brain storming! Firstly, I’d like to start by saying I’m sorry for not posting on YouTube or streaming on Twitch for a couple months. Unfortunately I hit a rough patch, and I was feeling a little depressed, and had a lack of motivation to post. However, that didn’t stop me from practicing every day, and eventually, with the power of music, I am now feeling better than ever.

Now for some good news. My friends and fans had been begging me to join TikTok, and although I wasn’t opposed to it, I also wasn’t rushing to the idea. Finally though, after much begging, I decided to try it. After posting my second video, two days after making my account, I woke up the next morning to find that my second video had over 100,000 views. This gave me so much energy to keep recording for y’all, and it reminded me that there are people out there waiting to hear my music. A few weeks and a couple TikTok videos later, my account is at 56.7k followers, 439k likes and over 2 million views! It is definitely a new platform that I want to continue exploring! Show your support of my music, and follow me on TikTok @kylelandrypiano !

I want my next YouTube video to be an updated recording of Final Fantasy VII’s battle music, the piano collections version. I promised that I would re-record it years ago, and now feels like the right time! I’ve been practicing it for a couple weeks again, and I’ll be recording it soon. As per popular request, I have been juggling the idea of redoing a bunch of the old Disney tracks I recorded many years ago. The plan is to finally finish that Disney Album. I will keep everyone updated. Hope you are all well, and I will see you on YouTube, Twitch, and TikTok!

Christmas is inching closer, and that gives you the perfect amount of time to prepare some music to play for everyone during the holidays! Check out my Christmas sheet music below!

Listen to my new album on Spotify HERE! ??

After years of not continuing my ‘what once was’ an annual release of a ‘Works for Piano album’, Volume VII is finally up on Spotify!

The twelve tracks selected were a few of the fan favorites over the past three years. There are many more I would have loved to include, but I did not want the album to be too long. My plan now is to work on the Disney album after this. Surprisingly, the album art for the proposed Disney album has been finished approximately four years ago, but the project was put on hold due to many reasons. I’d love to actually pursue this album, give it my all, and hopefully provide y’all with a good listen.

Thank you for the on going support everyone!
Kyle Landry

Check out the ‘re-release’ of my first three ‘Works for Piano’ albums below. They were recently posted with new artwork.

How’s everyone doing today? Couple updates! Working very hard to get my first three albums back up in stores, and my latest album ‘Works for Piano Vol. VII” ! –That being said, take a look at the new artwork for Volume III! Just needs text and it’s ready to go :). Other things to expect: a recording of Kass’s Theme from BoTW on my grand piano 🙂 P.S. if you are an experienced graphic artist looking for some work, please use the contact form to message me! I’m always looking for more artists.﻿ 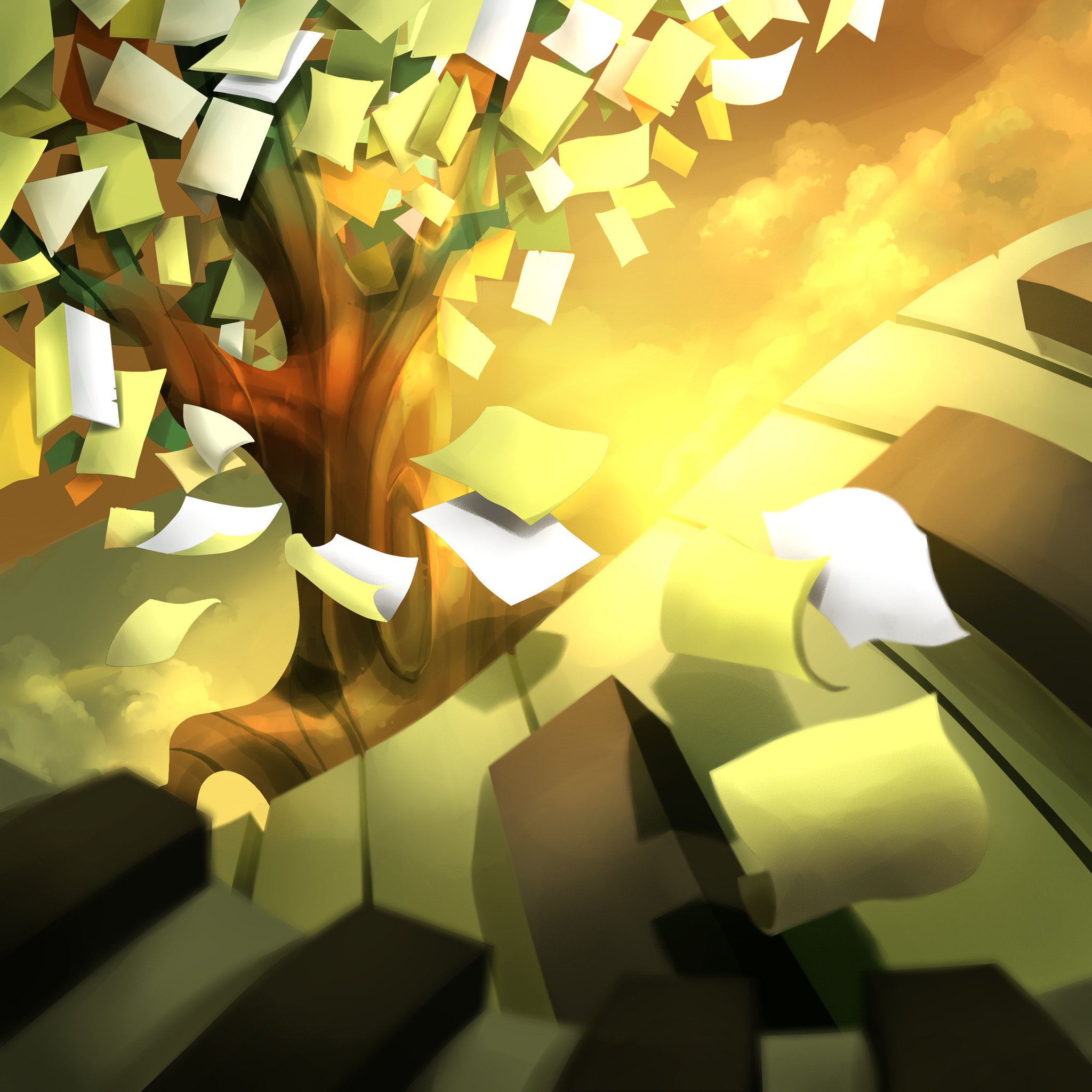 What has already come: Camera, Lens, Tripod
What is still on its way: Microphones

Once the last package arrives I will start recording videos on the grand piano, and yes that means Dearly Beloved 2018!

Hope your Christmas was amazing, and you have a happy New Year. See you soon!

Christmas is inching closer, and that gives you the perfect amount of time to prepare some music to play for everyone during the holidays! Check out my Christmas sheet music below!

If you haven’t noticed on my Twitter yet, my grand piano has finally arrived and it’s all thanks to YOU! So for that, you all have my eternal gratitude. ^_^ 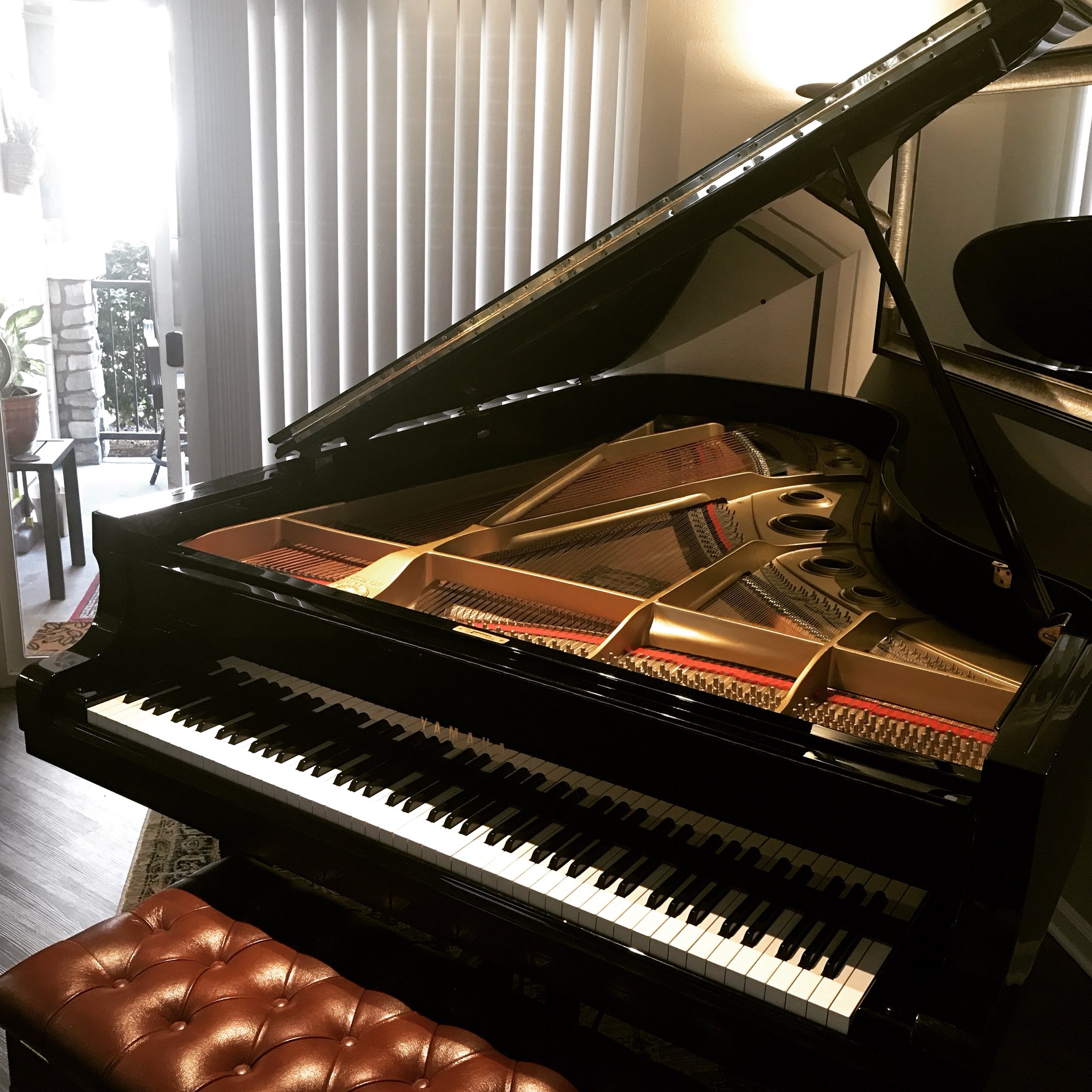 He’s a Yamaha C7 7’6″ semi-concert grand piano, and he’s quite loud! I’m still in the process of choosing microphones, proper cameras, and any other gear I will need to record on this thing. For now, stay tuned on my Twitch channel to see me play live on my keyboard! Also, I’m planning to play some music for my YouTube channel real soon as well. Have y’all heard of Steven Universe? One of my favorite songs from that show recently came out and it’s called “Let’s Only Think About Love.”

As for sheet music, the Works for Piano III version of my composition “The Separation” is out in Sheet Music form thanks to our beloved transcriber, Diluent! Have a look! Buy the Separation here!

Lastly, some of you may have noticed my Works for Piano volumes I, II, and III are no longer in stores at the moment. I am currently getting the artwork for all three revamped, and distributing all three albums on another platform. They will now be available on Spotify too!

See you guys soon, love you all!

I’m really settling into my place here in SoCal and I wanted to give y’all a little update as to what’s going on! Basically, the plan is to upgrade everything. My new computer is on the way, I’ll be going piano shopping with Johnny May soon, and I’ll be talking to Albert Chang about which camera and shooting equipment I should look into. I’m super excited to revamp my entire YouTube channel and start bringing you guys quality content. 🙂

Also, here are some new sheets that have been added recently:

As always, your pianist,
Kyle Landry